The pool and hot tub industry is constantly evolving, from technological advancements in equipment to new design trends. Although pool construction and design are often seen as “learn as you go” types of jobs, a more formal education can help you and your business in many ways.

“Education at any company really starts with the owner,” says Ed Gibbs, President and CEO of Gib-San Pools Ltd. in Toronto, ON. “But if the point of view is only directly from one individual, the problem is you have a very narrow vision of where your company will go.”

“We’ve got some really smart people that work for us, but if they’ve never been exposed to any kind of formal training or education in this industry, it doesn’t matter how smart they are—they’re going to learn by making mistakes,” explains Gordie Robinson, President of Cox Pools Service Inc. in Birmingham, AL.

“I know very little about building swimming pools,” admits Lance Irby, Sales Manager at Premier Pools & Spas in Sacramento, CA. “I can build great, beautiful pools with my team and design them. But the nuts and the bolts and the whys and the hows, all of the science and math—those are things that all of us have a tremendous amount to learn, even people who have been doing this for a long, long time.”

Enter GENESIS®, which has been teaching pool industry professionals in design, construction, engineering, and business since 1998. Thousands of students have taken GENESIS® courses, and many have advanced through the different accreditation levels: GENESIS® Associate, Society of Watershape Designers (SWD) Registered, and SWD Master.

Robinson first met GENESIS® co-founder Brian Van Bower about 15 years ago, when Van Bower was consulting on one of Robinson’s projects. After meeting Van Bower, Robinson thought to himself, “Whatever it takes, I’m going to learn what that guy knows.” Robinson started taking GENESIS® courses about eight years ago and is now SWD Registered. He has been sending his employees to GENESIS® for the last few years “in an effort to get everybody that works for us as educated as they can possibly be in this industry, and this is the best way I’ve found so far.”

The employees benefit just as much, if not more, than the employers. “It’s really created a positive culture,” Robinson says. “It’s been really good for morale. The employees really like the fact that our company is willing to invest that kind of money in them to train them.” 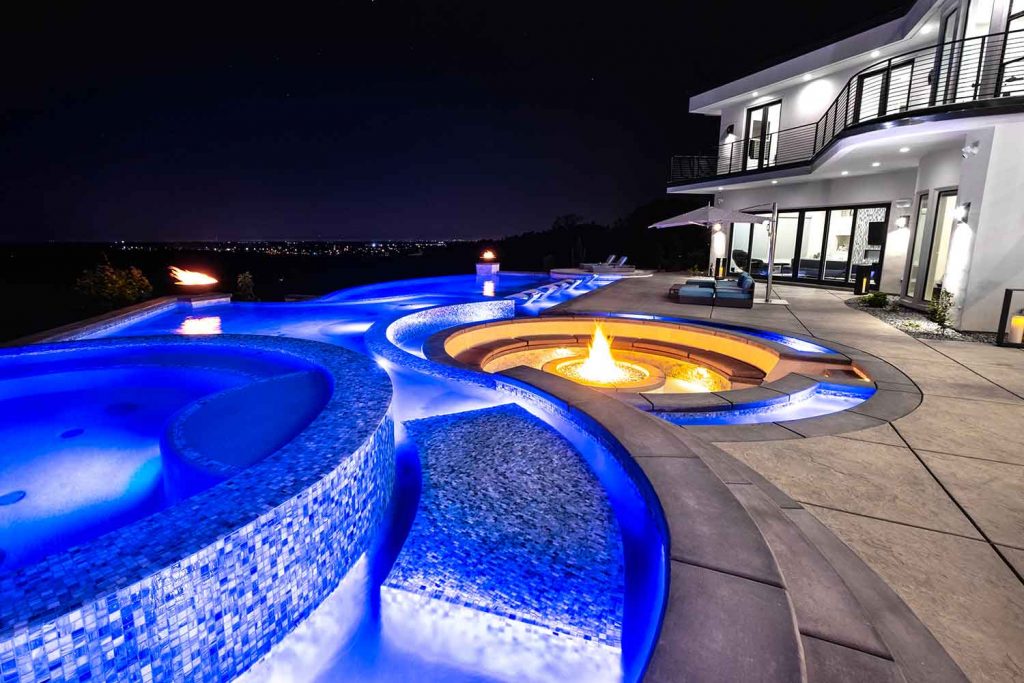 Irby agrees. Even though his employees have only been attending GENESIS® since the beginning of 2021, he has already seen a positive impact. “It gives everybody a level of enthusiasm and excitement,” he says. He describes how, especially in a year as busy as this one, employees’ mental and physical tanks are often depleted at the end of the day. GENESIS® actually refills their tanks and “puts a little pep in your step, because you’re excited about what you’re learning and you’re looking at things differently. It’s been good for us.”

Irby has been in the pool industry since 2012. As he started to hear more about GENESIS®, he realized that the SWD Masters and the projects that they do “are on a different level.” This created a desire to get himself and his employees up to that level.

“The value that’s added with [GENESIS®] is tremendous to both the company and the employee,” says Gibbs. “It goes back to the culture of your organization and what kind of culture you are creating, whereby the importance and investment in education is to help both of us grow—not just you to leave, not just me to use you, but to develop a symbiotic relationship. It has to be a journey together.”

GENESIS® is a serious investment, in several ways. Sending one student to one virtual course can be more than $2,000, and in-person classes before the pandemic were even more expensive when adding in airfare, lodging, and food. It is also an investment of time, with both virtual and in-person courses lasting 16 to 24 hours over several days. 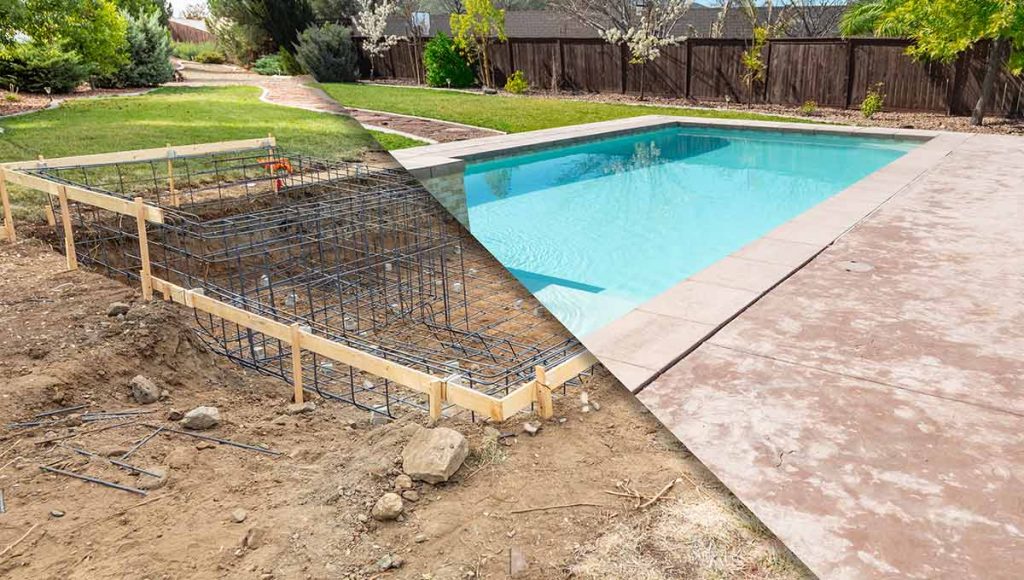 If accreditation is the goal, that is even more of an investment. It could take over a year for an employee to earn the SWD Registered designation, which involves 150 hours of education and completing seven core courses that cover design, construction, and engineering. But employers are in agreement that it is well worth the time and money.

“We’ve focused on construction and taking that construction track to get everybody that SWD Registered designation,” agrees Robinson. Although Cox Pools is a construction company, the required design courses help his employees gain a better understanding of what they do every day, he says.

For newer sales team members, “I’m putting them through basic construction classes as well as basic design classes, because those things go hand-in-hand,” explains Irby. “You can’t sell something if you don’t have an understanding of how it should be built.”

Gibbs and Robinson, who have been sending their employees to GENESIS® since before the pandemic, both agree that their employees really value the in-person networking and connections that they are able to make with other students. Gibbs explains, “That camaraderie that is created over that two or three days that the classes take place is part of that GENESIS® secret recipe.” Robinson says that students learn a lot from the class itself, “but when you take it with a lot of people who are in the same boat, you learn a lot too from those people.” 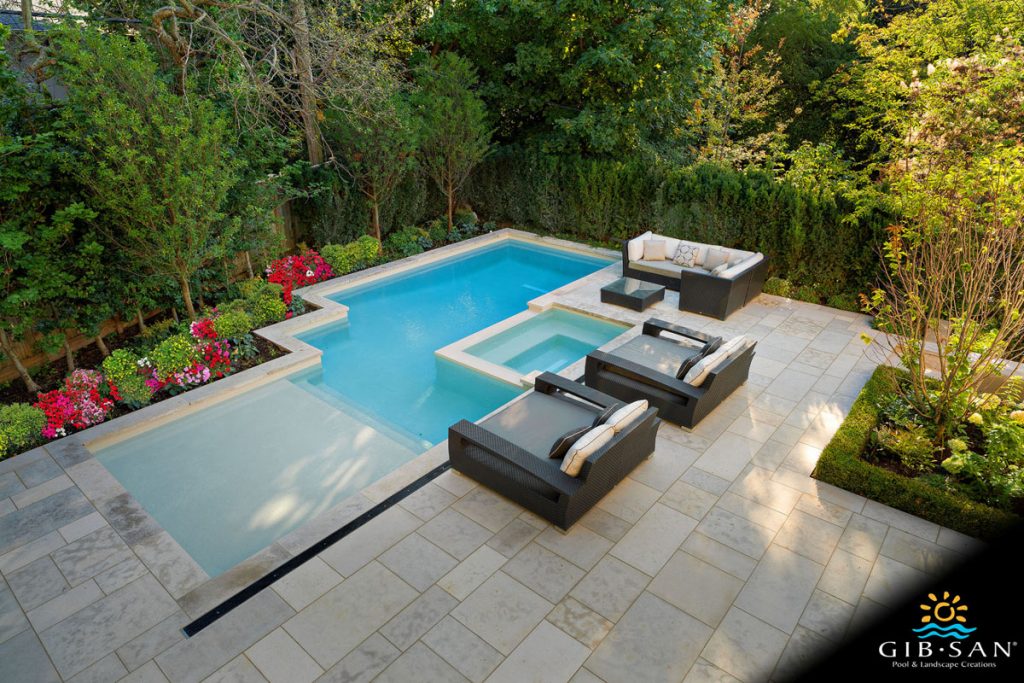 “In our world that we live in today, when you see groups of people wanting to raise the bar, there’s an attractiveness about that. There’s a magnetic attraction to wanting to be better. That’s where we want to be,” Gibbs says. “Clients smell that. Your other employees smell that. And that’s really successful.”

How do these three employers sum up the benefits and importance of GENESIS®?

GENESIS® has given Robinson’s employees “confidence to move a little further in their ability to function and contribute to our company. It gave them some sort of energy that there are goals out there where they can learn more, and do more, and be more.”

“These classes will take you wherever you want to go in the swimming pool industry,” says Irby. “If you want to be in this industry long-term, this is your foundation.”