Royal Caribbean is set to launch the world’s largest cruise ship in March. The biggest name in the cruise industry took delivery of the world’s largest ship that will see the record-breaking vessel take set sail on cruises around both the Caribbean and Europe later this year. The ship, aptly named Wonder of the Seas, had been under construction in France since April 2019.

This latest development comes at a time when cruise enthusiasts have been crying out for something to celebrate, following a number of setbacks and cancellations that have afflicted the beleaguered cruise industry over the past few weeks. Here’s a closer look at the Wonder of the Seas, including where it will be heading first and what guests can look forward to experiencing on board.

Wonder of the Seas – Information For Travelers

Royal Caribbean aren’t strangers to big boats, having previously held the record with their 228,081 gross registered ton (grt) ship Symphony of the Seas – but their latest shop Wonder of the Seas is set to take things to another level. Weighing in at a staggering 236,857 grt and 1,118 feet in length, the boat is set to take the crown from its sister ship when it gets out onto the open seas for its premiere voyages in just a few weeks time.

Wonder of the Seas will launch with passengers for the first time on March 4th. From Fort Lauderdale in Florida, the ship will leave for both the Eastern and Western Caribbean on 7-night cruises. Not only will Wonder of the Seas be calling at Caribbean cruising favorites Nassau, Roatan and San Juan, it will also be heading the cruise line’s private island destination Perfect Day at CocoCay – the perfect way to start it’s life on the water. 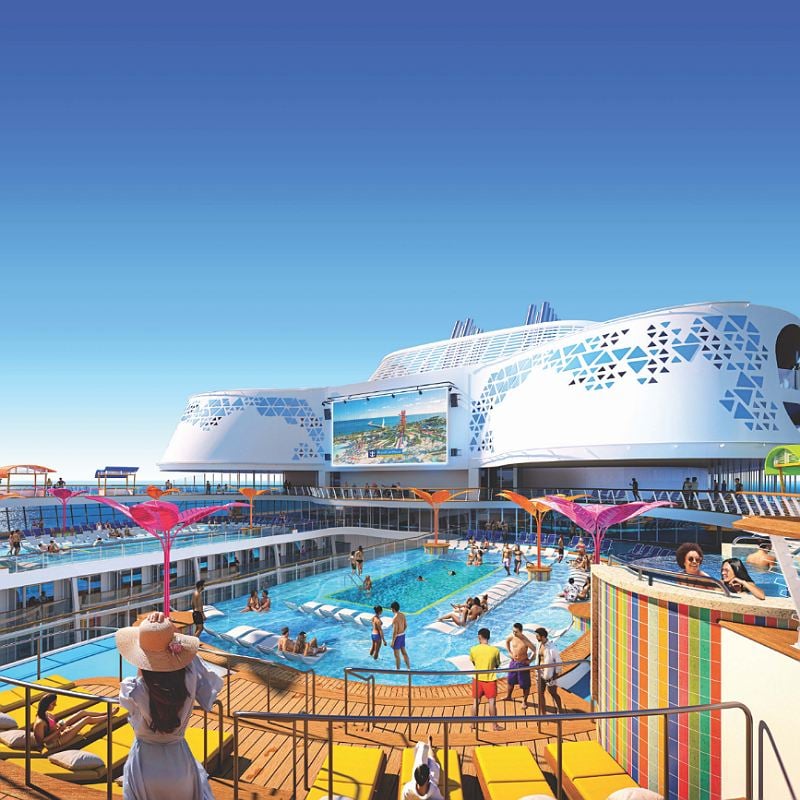 Following this, Wonder will move on to both Barcelona and Rome in May of this year, from which it will depart on summer cruises around the Mediterranean. These 7 night offerings will see Wonder of the Seas take in some of the Mediterranean’s most picturesque cruise destinations, such as Naples and Florence in Italy, Palma de Mallorca in Spain and Provence in France. 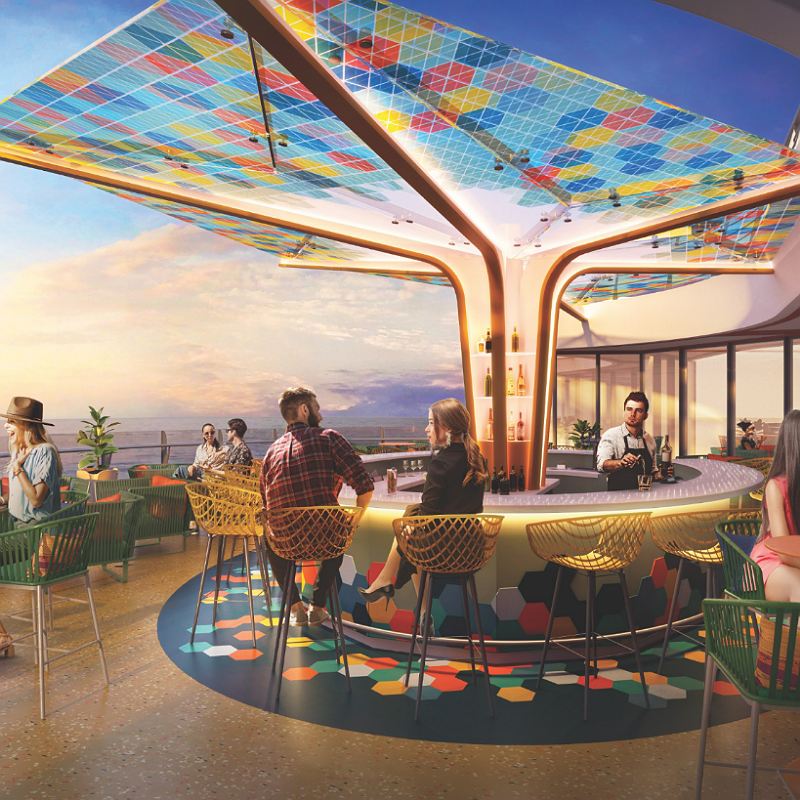 After it’s journeys around the Mediterranean, Wonder of the Seas will return to North America in November. From Port Canaveral in Florida, Wonder of the Seas will be taking passengers to some much-needed warm weather destinations around the Caribbean once more, with destinations ranging from Perfect Day at CocoCay and Philipsburg, St. Maarten, to Charlotte Amalie, St. Thomas ; and Cozumel, Mexico. 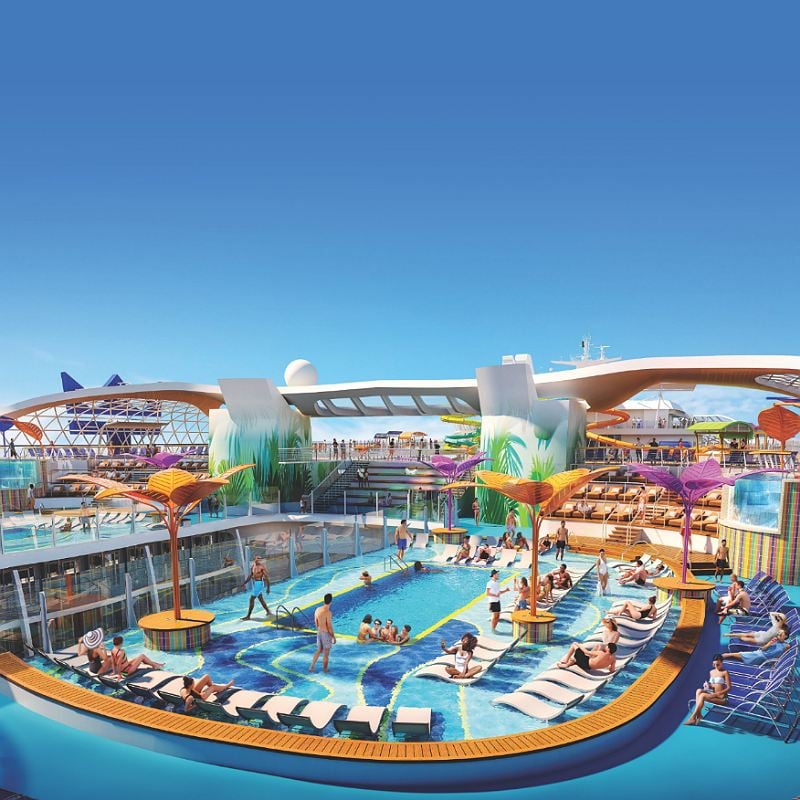 However, it’s not just the destinations that passengers aboard Wonder of the Seas have to get excited about, but the ship itself. The state of the art cruise ship will feature eight distinct neighborhoods on board for passengers to explore, as well as a cantilevered pool bar, activities such as slides and arcades plus the typical high quality food and drink establishments that passengers have come to expect from Royal Caribbean. 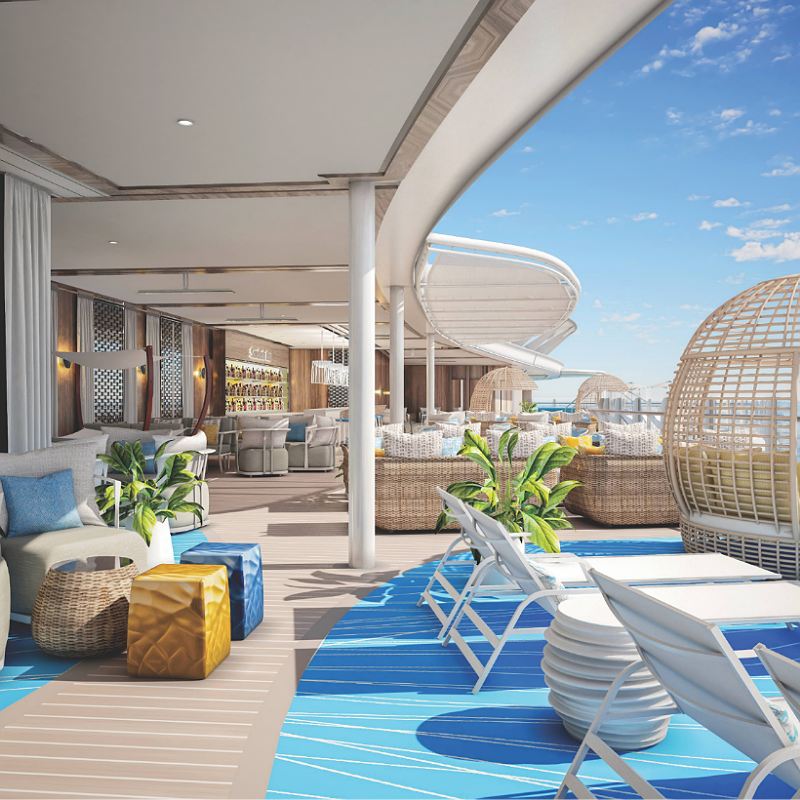 Those missing terra firma can take advantage of Central Park, the neighborhood filled with real plants, or choose to engage in either a luxury spa treatment or a spot of retail therapy on board. Wonder of the Seas is capable of holding 6,988 guests in total, along with 2,300 crew, and has 18 decks and 2,867 state rooms on board. 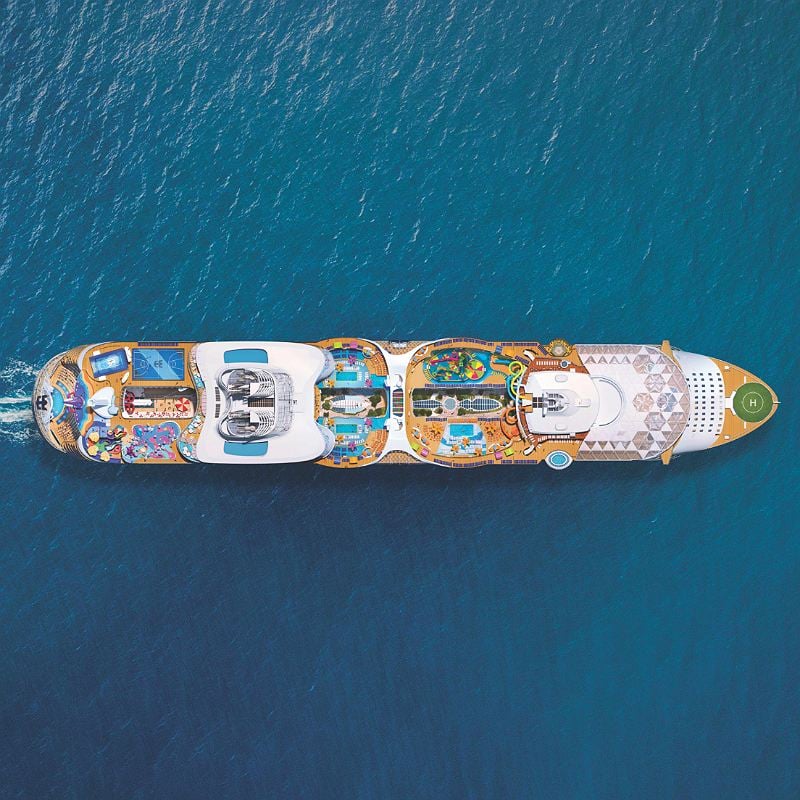 Talking up the new ship, Jason Liberty, president and CEO of the Royal Caribbean Group, said:

“Wonder of the Seas will energize cruising in a bigger and bigger way. Adding this ship to our already best-in-class fleet elevates the company in continuing to lead the industry with new features and innovation. This is one more way that we’re delivering world-class and memorable vacations, responsibly, to guests around the world.” 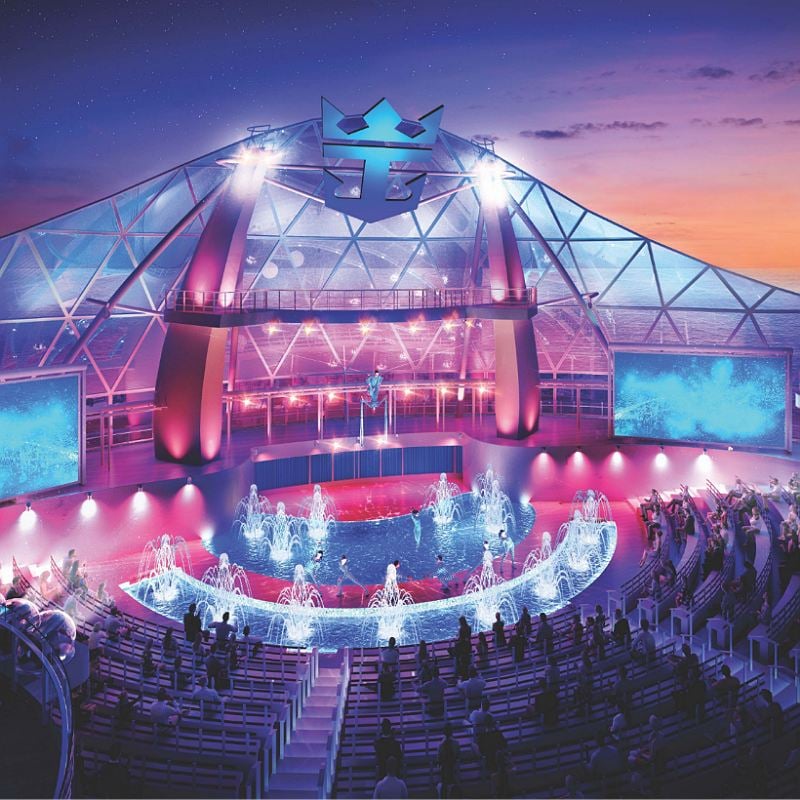 Hawaii Removes Testing And Quarantine For Travelers With Boosters

Travel Insurance That Covers Covid-19 For 2022

the Travel Off Path Community FB group has all the latest reopening news, conversations, and Q&A’s happening daily!

Enter your email address to subscribe to Travel Off Path’s latest breaking travel news, straight to your inbox

Disclaimer: Current travel rules and restrictions can change without notice. The decision to travel is ultimately your responsibility. Contact your consulate and/or local authorities to confirm your nationality’s entry and/or any changes to travel requirements before traveling. Travel Off Path does not endorse traveling against government advisories