???? Love Philly? Sign up for the free Billy Penn newsletter to get everything you need to know about Philadelphia, every day.

Fairmount Water Works’ new exhibition was supposed to open on Sept. 3 of last year, but nature poured cold water on those plans. A few days prior, Hurricane Ida swept through Philly, flooding the exhibit’s gallery and dashing any hopes of a fall 2021 debut.

The installation, “POOL: A Social History of Segregation,” finally launched this week. It explores the social history of swimming and public pools, focusing on the ways Black swimmers and community leaders have been able to succeed despite decades of systemic exclusion.

POOL — along with some of the local stories it tells — is the focus of the next episode of Movers & Makers, airing March 31 at 7:30 p.m. on WHYY-TV.

The free-to-visit exhibition tells this story of pools, race, and access through timelines hanging on the wall, touchscreens that let you scroll through landmark events, and copious video footage both new and archival.

When last year’s hurricane hit, most elements of the exhibit were already water resistant, according to exhibition designer Victoria Prizzia. The “persistent challenge” after storms like Ida, she said in December, is the cost of removing river debris, and industrial cleaning.

It’s now all set up along the Schuylkill River inside the former Kelly Natatorium, which was an indoor pool once used for competition and recreation — and not always equitably.

Public baths in the early 20th century were often racially integrated but separated by gender, the exhibit explains. Around the 1930s, things switched. Public pools became increasingly gender-integrated as they were used for leisure — but ended up being effectively racially segregated.

The exhibit also touches upon the exclusion of Black swimmers in swim clubs, and key pool-related moments in the American civil rights movement.

In Philadelphia and across the nation, the history of exclusion has modern-day implications.

The ability to swim hasn’t been generationally passed down in many Black families the way it has in many white families, Jeff Wiltse, a historian whose book “Contested Waters” inspired Prizzia to make the exhibit, told Movers & Makers.

That means Black children are less likely to know how to swim even now. Between 1999 and 2010, Black children were five and half times more likely to die from drowning in a swimming pool than white children, according to a CDC study.

The exhibit looks to capture Black successes in the swimming world and cast an eye toward future progress.

POOL dedicates space to things like information on Diversity in Aquatics, a national organization that aims to eliminate the drowning disparity amongst vulnerable populations and groups historically excluded from pools.

The exhibit also highlights the voices of Black swimming champions, aquatic scholars, and other leaders in the swimming world, including:

Full-length interviews with them and others are available on the exhibition’s website.

Much of the art and media commissioned for the exhibit was by local makers. Calo Rosa, a Philly-based street artist, created “Safe,” a set of eye-catching murals toward the center of the exhibition’s main room, which depict silhouettes of heads filled with waves.

“These are silhouettes of people made with water to kind of remind ourselves that we are safe around water,” Rosa said. “We are part of the water, and we are the body of water.”

The history the exhibit conveys is speckled with Philly-area connections, too.

For instance, Philadelphia was home to the first municipal pool in the United States in 1883, according to the exhibit.

Philly was also home to the PDR Swim Team, which was formed in the 1970s by swim coach Jim Ellis to make swimming more accessible for Black swimmers. The organization became a model for other cities and ultimately inspired the 2007 movie “Pride.”

Yeadon, a suburb just west of the city, is home to the oldest historically Black swimming club, which opened in the 1950s. In recent years, the Nile Swim Club started a “No Child Will Drown in Our Town” initiative, which offers free swimming lessons to children.

“From day one, the club has always been inclusive,” Board President Anthony Patterson told Movers & Makers. “All are welcome to the Nile Swim Club, and to this day, it remains that way.”

Scroll down for more photos from inside. 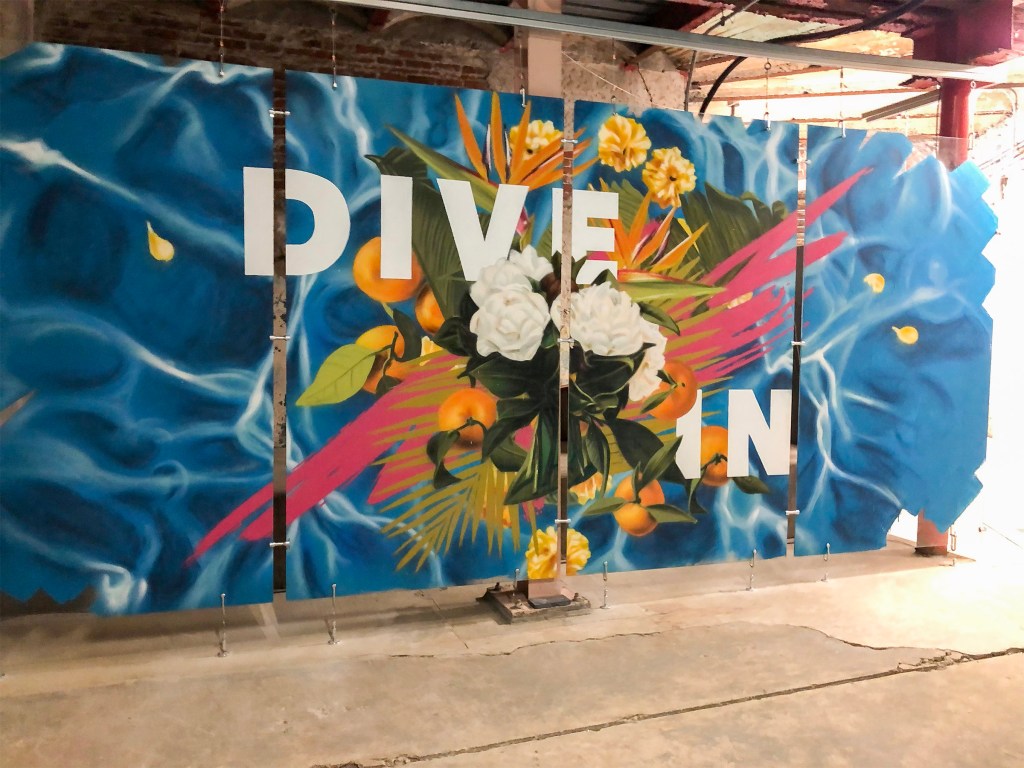 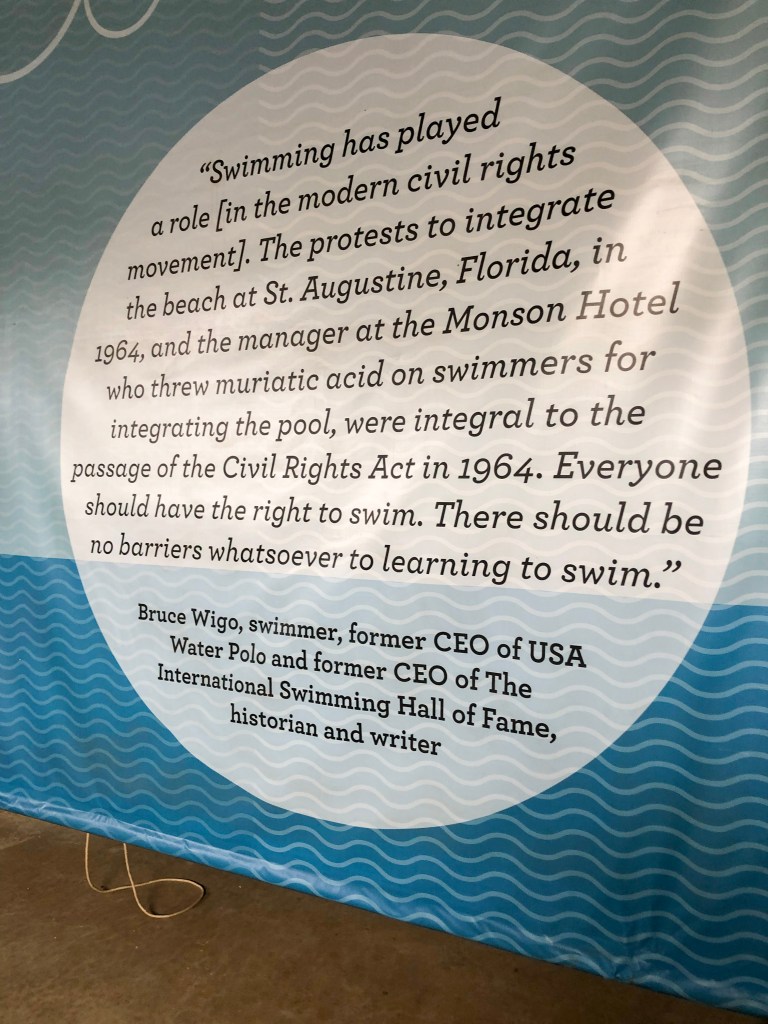 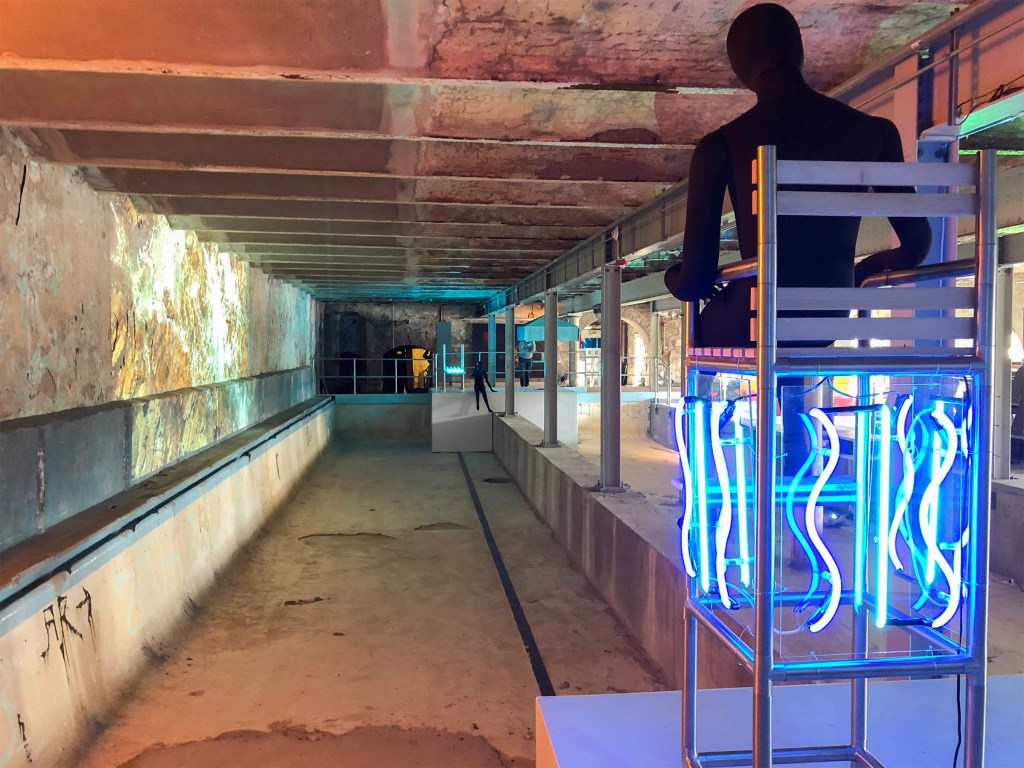 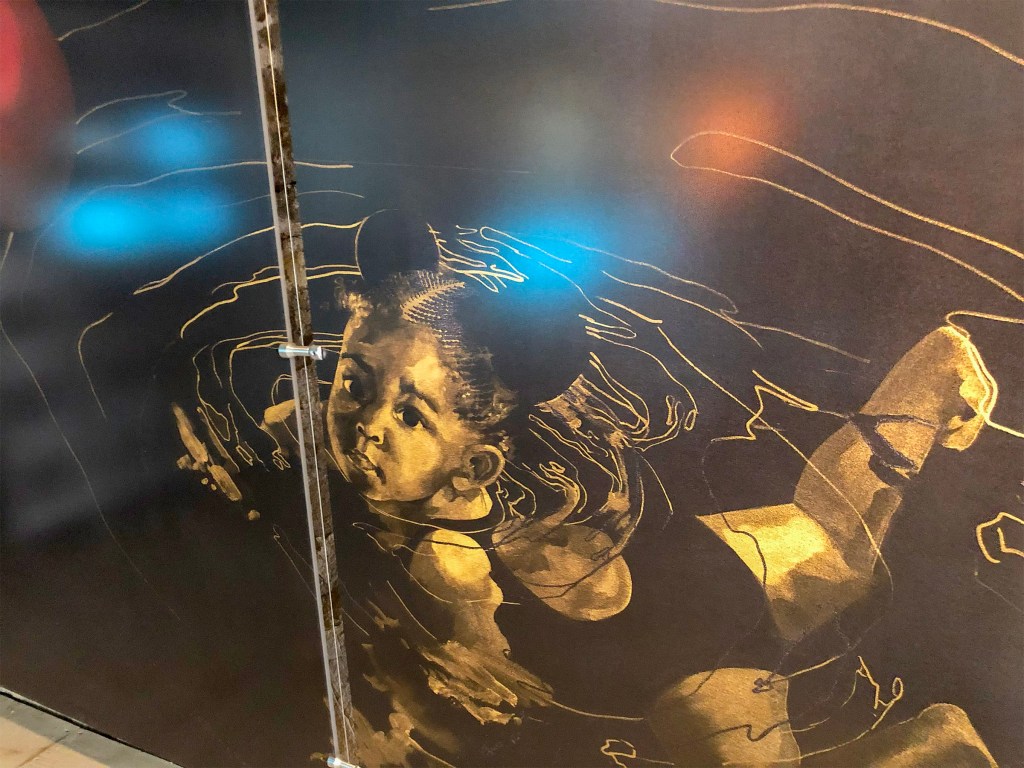 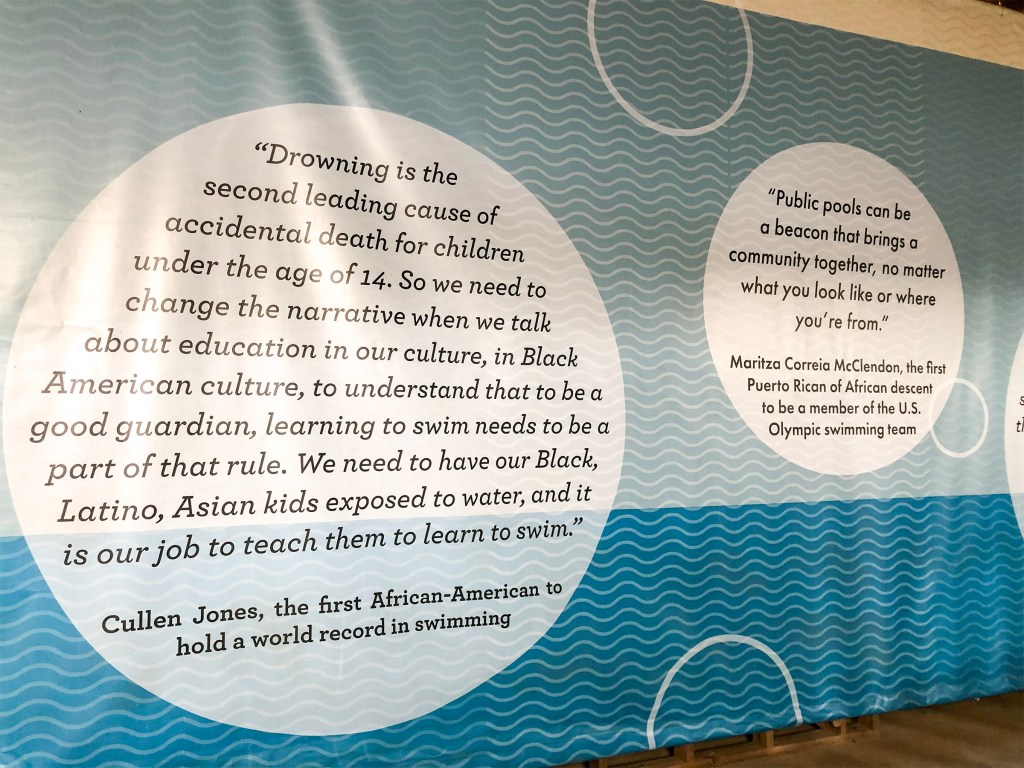 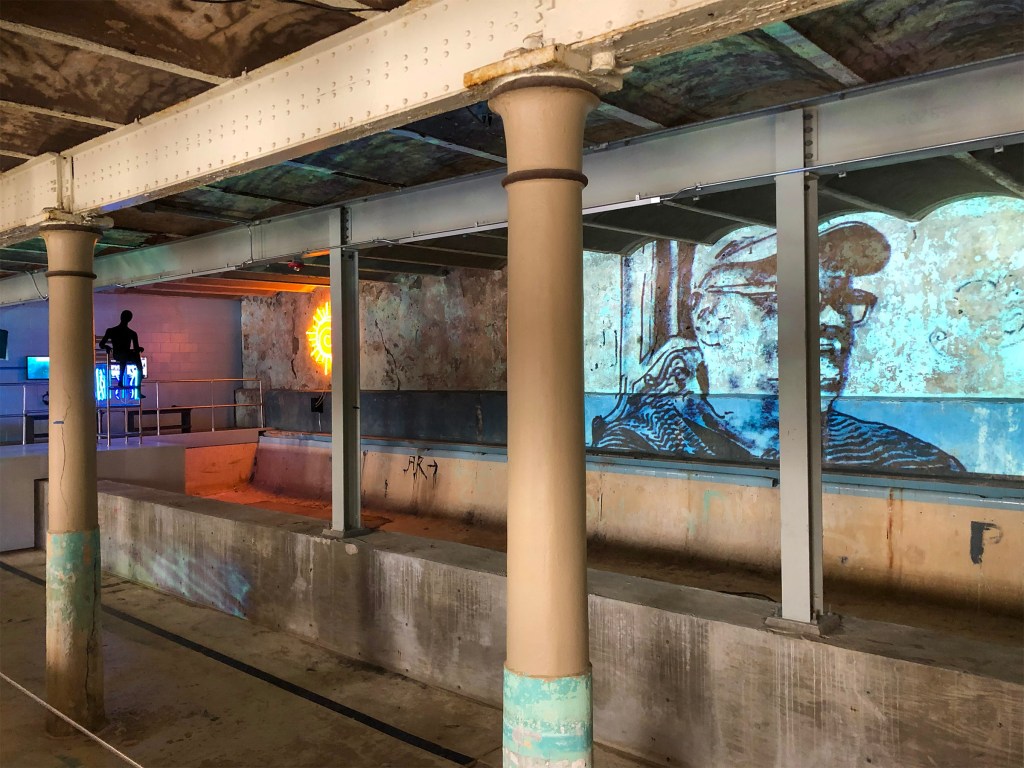 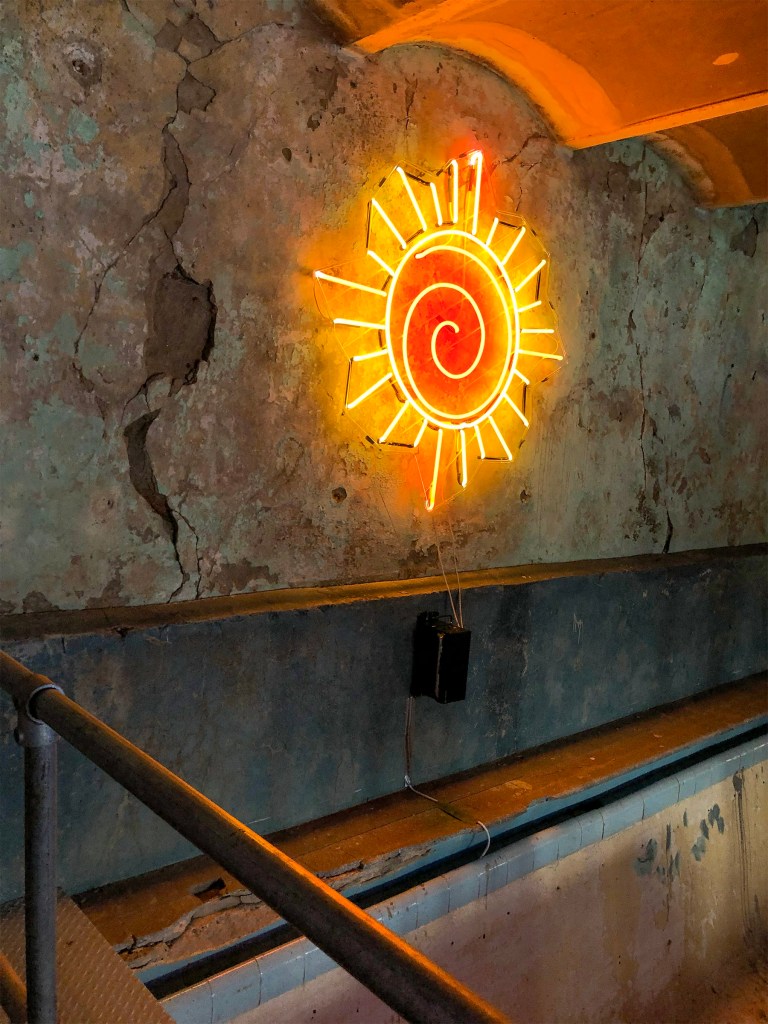 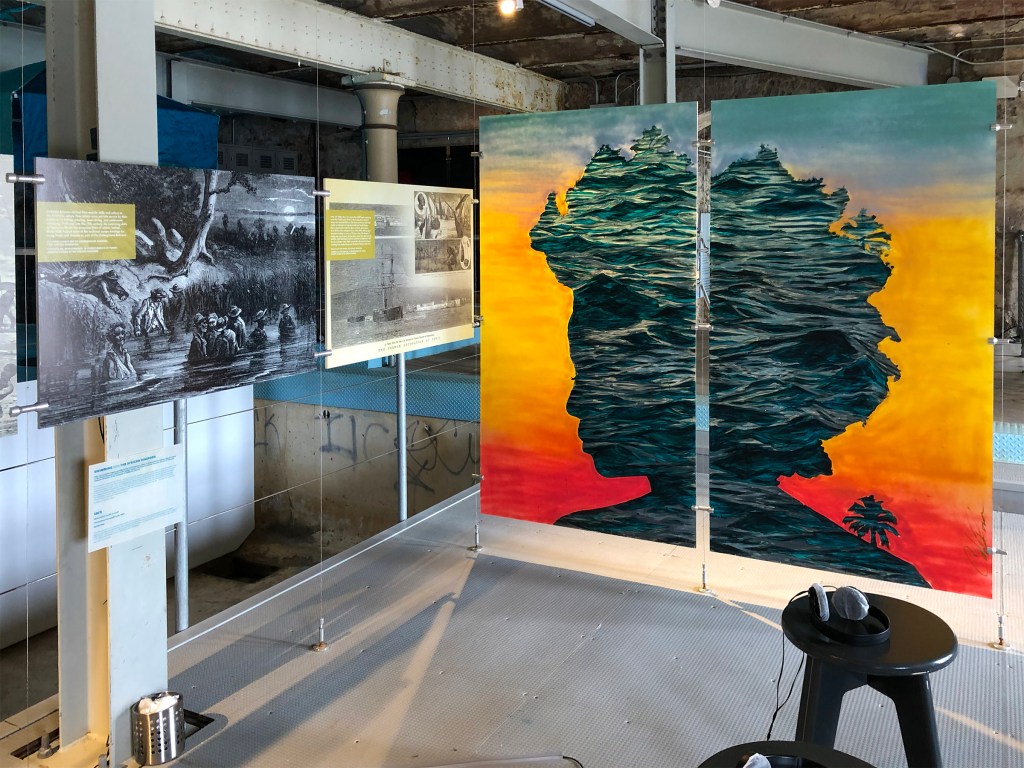